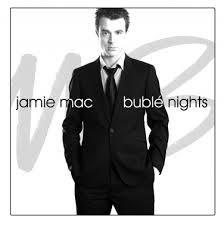 In a charismatic performance, this young man effortlessly delivers the best of Buble’s original material, as well as performing a selection of Big Band Buble covers.

In the first half of the show Jamie pays tribute to the one and only ‘Michael Buble’, a man who over the last ten years has become a household name and one of the biggest superstars on the planet!

With audience participation and sing alongs, this show provides a great night of entertainment.

A top tribute to the Crooner from Vancouver.

In the second half of the show, Jamie shows off his versatility as he performs a wide selection of dance floor favorites, from the sixties right the way through to today’s greatest hits.

There are several Tribute acts to Rod Stewart in the circuit today, each providing there own unique interpretation. However James Frew is in a class of his own when it comes to providing a TOP CLASS tribute evening as Rod Stewart. His vocal tone is as close as you will get to the real thing, without “trying” to sound like ROD. His showmanship and audience interaction and participation give an authetic experience for his audience. Having only been in the tribute circuit for a couple of year`s “Simply Rod” is fast becoming the name on everyone`s lips. James gives 110% wherever he is performing, your local pub, club, private function or corporate event. No venue is too small or too big for James to perform his act. With shows tailored to suit ALL venues YOU WILL NOT BE DISSAPOINTED!!

Now in their 10th year of sell-out theatre performances, the Scottish Super Troopers have become known as the UK’s most spectacular ABBA Tribute theatre show.

Featuring some of the UK’s finest musicians, dancers and vocalists,the Scottish Super Troopers live show is packed with all of ABBA’s greatest hits such as ‘Waterloo’, ‘Mamma Mia’, ‘Thank You For The Music’, ‘Dancing Queen’, ‘Winner Takes It All’, ‘Gimme, Gimme and many more, performed with dazzling showmanship that only a true live band can accomplish. Stunning costumes, specially choreographed dance routines and hilarious banter between the girls and guys make this a show which is definitely not to be missed. We guarantee you will be dancing in the aisles by the end of the night. 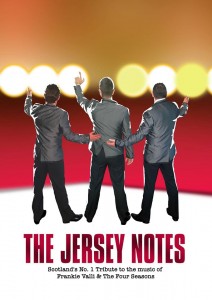 ‘The Jersey Notes’ treat you to an evening of nostalgia as they magically recreate the style and sounds of one of the biggest acts of the twentieth century. These seasoned performers capture the trademark vocal virtuosity, tight harmonies and crisp choreography that made ‘The Four Seasons’ one of the greatest vocal groups of all time.

Featuring all of their biggest hits including: Big girls don’t cry, Sherry, Walk like a man, Working my way back to you, Oh what a night Dec 63 and many more, the boys take you on a musical trip down memory lane and remind you exactly why Frankie Valli & The Four Seasons sold over one hundred million records and earned themselves a place in the prestigious ‘Rock and Roll Hall of Fame’.

No matter what your age, you will recognize the songs and won’t be able to stop yourself from tapping your feet, singing along and getting down on to the dance floor. With fabulous costumes, tight vocals, slick moves and a comedy flare this show has all of the ingredients for a great night out!

This brilliant show offers a full night of wall to wall hits from two epic decades, the 70s & 80s. Dust off your flares and shoulder pads and prepare to ‘DANCE YOURSELF DIZZY’!! DJ service also available to further compliment the show. 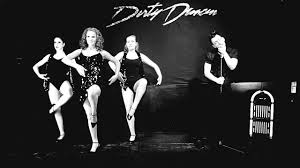 This spectacular show covers all the big hits from the extremely popular film and stage show. With songs such as Time of my Life and Hungry Eyes this production knows how to get the atmosphere going and crowd dancing and singing to their favourite anthems. Can also be booked to include backing dancers!

Nowadays it isn’t a party until the Clubland dance classics have come on so how about a full set of all your   favourite dance tracks from the 90s, 00s and more! The outstanding vocals of Dionne Hickey will make   sure your event is a massive hit and will get your dance floor jumping to the biggest dance tunes of all time! This show can also be booked with a DJ to keep the party going all night! 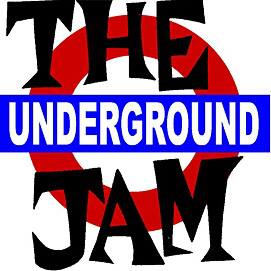 THE UNDERGROUND JAM ARE NOW CONSIDERED TO BE ONE OF BRITAIN’S TOP TRIBUTE BANDS.

FORMING IN 2003 AND PLAYING ALL OVER THE UK, THEY CAPTURE THE AUTHENTIC RAW ENERGY AND SOUND OF THE JAM’S EARLY PUNK ROOTS IN ADDITION TO PLAYING A FULL RANGE OF SONGS FROM THE JAM’S LATER BACK CATALOGUE.

AS WELL AS PLAYING ALL THE HITS (such as In The City, Going Underground, Town Called Malice, Eton Rifles & The Modern World),  THE BAND PLAY MANY ALBUM TRACKS AND B SIDES.

GUARANTEED TO PLEASE BOTH THE AVID JAM FAN AS WELL AS THOSE ONLY FAMILIAR WITH THE HITS.

Lee has been performing on stage from the age of 8 in many local and national theatre shows including National and World Premieres. He has fast became a sought after entertainer having performed on the same bill as Bobby Davro, Bucks Fizz, Brotherhood of Man, Keith Harris, Bay City Rollers, Jimmy James and the Vagabonds and other well known names in the UK music scene. Now with over 35 years performing experience he is an act at ease with audiences of all ages and delivers an outstanding performance night after night.His “That Swing Thing” show covers all the biggest hits from the Rat Pack as well as Michael Buble, Robbie Williams, Sammy Davis Jr and all the other legends of Swing!

Girlband Mania is one of only a few Tribute Acts of its kind – this group have taken everything that is great about the best loved Girlbands of the last five decades and lovingly created this explosive live show experience! Imagine being transported through the decades of girl band music starting of with the supremes, the nolans, moving onto spice girls, girls aloud and finishing off with the much loved and current LITTLE MIX.

With the glamour of Little Mix, the sassiness of The Spice Girls, the slick dance routines of The pussy cat dolls and the outstanding vocal ability of Destiny’s Child, Girlband Mania have all the ingredients to make your event an unforgettable one. 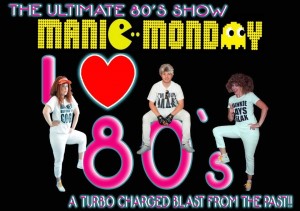 Packed full of the very best hits of the decade this show is a real crowd pleaser, taking you back in time to when slouch socks and mullets were all the rage! With costume changes and a professional programmed lighting rig, the group can perform in large or small venues and never fails to get the crowd going wild! 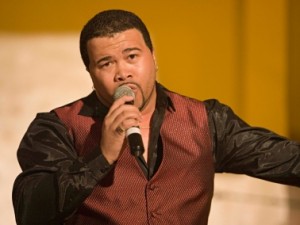 An abundance of energy, smooth dance routines, outstanding vocals with a range unsurpassed by very few ensures a slick and highly professional show.

A professional entertainer for many years, Ralph has worked throughout Europe and his native
South Africa before settling down in Scotland.

Whether you book his Lionel Richie tribute on its own, his Motown set, or a combination of both,
Ralph will please your audience and ensure they are crying out for more. Seeing
is believing with this amazing tribute show. Don’t take our word for it, book NOW and see for yourself. We promise, you will not be disappointed!!! 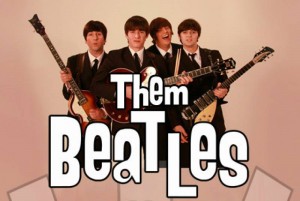 Them Beatles give audiences the opportunity to ‘clap their hands and rattle their jewellery’ to one of the UK’s most sought after authentic Beatles tribute shows. With their unparalleled attention to detail, both musically and visually, Them Beatles have been hailed as the next best thing to seeing the original Fab Four.

Them Beatles create a concert experience of The Beatles covering all aspects of their career: from the early days of “The Cavern Club” and “Beatlemania” to the mind bending psychedelic period, through to the “Apple Years” and the final “Rooftop concert” in 1969.

The whole show is performed in character with those familiar accents and with a fun and convincing manner in keeping with the spirit of The Beatles. Their genuine love of music, the style and everything that encompasses The Beatles makes Them Beatles a must see tribute for all fans, of all ages of the greatest group of all time! 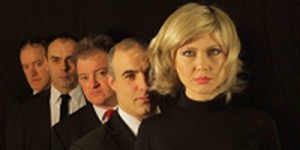 Dirty Harry is the only tribute band for the true Blondie fan.

Formed in Edinburgh in early 2011, Dirty Harry was borne out of singing doctor, Sarah’s desire to create an act which could pay homage to everyone’s favourite rock goddess, Debbie Harry and to the band who practically invented Power Pop, Blondie.

Dirty Harry has not only the original sound, feel, attitude, and full back catalogue of the band but a look- a- like of Debbie to deliver the good stuff. Playing all the hits including Heart Of Glass, Call me, Atomic, Denis, Hanging on the telephone, Maria, One way or another.. Dirty Harry do it all plus plenty more of the best chart toppers! 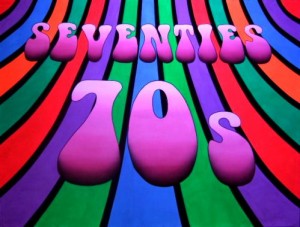 The Solid Gold Seventies live show encompasses more than 30 of the 1970’s greatest hits all performed to the highest possible standard. Since their formation, they have quicky achieved an unsurpassed reputation for faithfully reproducing the complex music and harmonies associated with the popular music of the 1970s, while presenting them in a fresh and original way!

As well as theatre/town hall performances, the band are an ideal choice for corporate events or weddings/private party events. They have performed in some of the most prestegious venues and outdoor festivals in the UK, working with X Factor & Britain’s Got Talent stars such as Jedward, Jai McDowall, Lloyd Daniels, the McDonald Brothers…to name but a few.

Contact us now on 07791131761 or email to dj@fusionfunctions.co.uk for costs and availability. 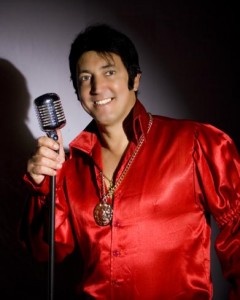 We bring you this captivating Elvis Tribute show which will take you back in time, making you feel like the great man is still alive and performing. Paul’s love of singing and entertaining has taken him far and wide both in UK and abroad for the past 15 years, building this Elvis Tribute show into one of the best around. His charisma and attention to detail is there for all to see, bringing the King to your event. 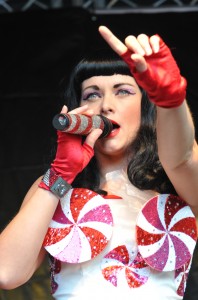 Our Katy Perry tribute has many years of experience in the entertainment industry and has gained a reputation for top quality polished shows. Her vocal ability coupled with her fantastic stage presence enable her to look and sound like the real thing  Her show comes with top of the range equipment and computer programmed lighting for bigger sized events making this a must see tribute act! 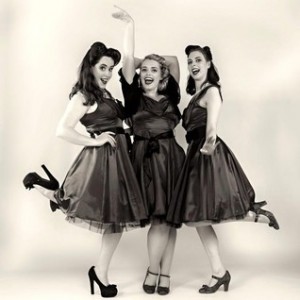 The Ragtime Dolls are a close harmony singing group from Glasgow.

Specializing in 1940s songs by the Andrews sisters, 1920s songs and modern songs in a Vintage style, the trio are available for weddings, cabarets or indeed to add musical glamour to any event! 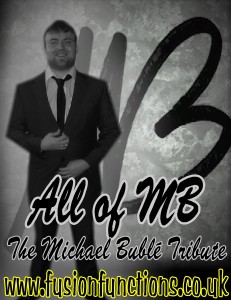 One of the most captivating vocals around, James Murray can perform as a Michael Buble Tribute act as well as a Tribute to Swing! His likeness in sound to the real thing is quite remarkable, singing some of the greatest Swing and Buble hits such as “Cry Me a River”, “Come Fly With Me” and “Let There Be Love” just to name a few. Can be booked for Weddings, Corporate Events, Birthdays, and Public Events. 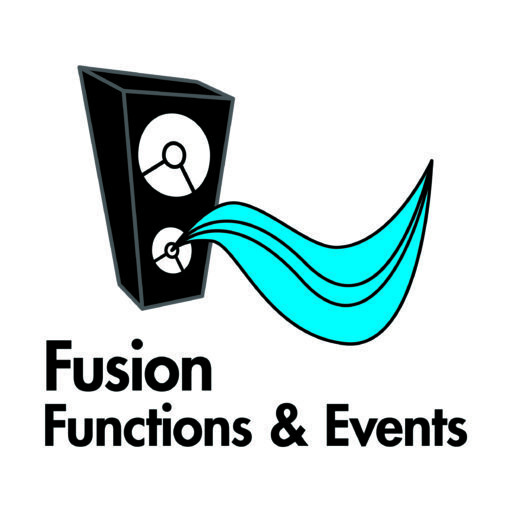